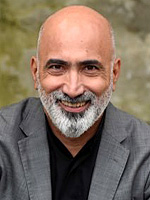 Sami Lahoud is Senior Vice President, Global Partnerships and Infrastructure for Mastercard. Based in the company’s headquarters in Purchase, New York, Sami is a member of the Strategic Growth Group and his mandate is to grow the global infrastructure for electronic payments through strategic partnerships with international and development organizations.

Before taking on this role, Sami was SVP for Acceptance Strategy & Engagement, leading a global team that set the company’s Acceptance strategy and oversaw the engagement model with key merchants and channel partners. He also drove the strategy to include 40 million new micro entrepreneurs and small merchants in the electronic payments fold.

Sami joined Mastercard from Barclays where he established the Corporate Affairs function for the Emerging Markets business set up to spearhead the growth of Barclays in the Middle East, Africa, Asia and East Europe. Prior to Barclays, Sami held several senior level positions within leading organizations such as Boeing, where his work involved enhancing the brand and reputation in the Middle East, Africa and Turkey, building competitive advantage and actively supporting major customer campaigns across civil and defense aerospace products.

Sami has lived in the U.S., UAE, Saudi Arabia, Bahrain and Lebanon, working for leading communications consultancies such as Weber Shandwick and Hill & Knowlton after having started his career in the insurance, banking and then media industries in his home country Lebanon. Having left Lebanon at the age of 30, Sami lived through the civil war that started in 1975, when he was 8, living in a one bed apartment with his parents and 3 sisters, right on the green line between East and West Beirut.

Sami holds a Master’s Degree in Banking & Finance from the American University of Beirut.