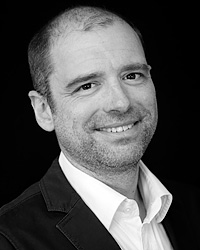 Vincent joined Symbiotics in 2007 first serving as an investment analyst covering Latin America and E. Europe and later for Africa. Since 2015, Vincent is Head of Markets, coordinating the contacts with financial institutions for Symbiotics. Previously, he worked for Nestlé, as a supply chain and operational project manager in South America and Eastern Europe, as a logistician with the International Committee of the Red Cross (ICRC) supporting operations in Angola, Sudan and Russia and as a business consultant for IBM. Vincent holds a master’s degree in Industrial Engineering from the Swiss Federal Institute of Technology in Zurich.